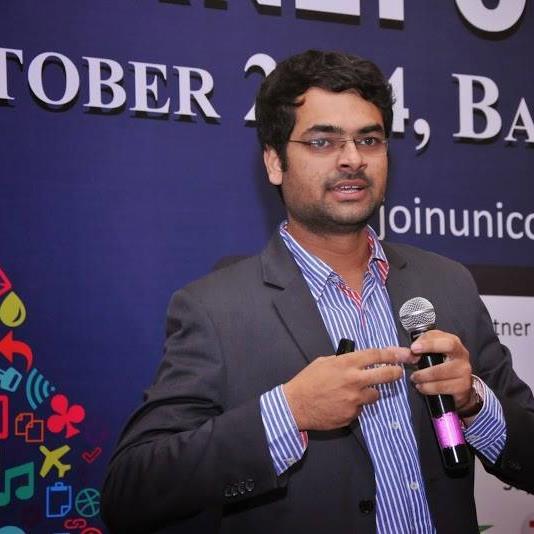 Founder of Inventrom, an Internet of Things startup and inventors of the award winning Bolt IoT Platform. http://www.boltiot.com/ Inventrom was amongst the startups which accompanied Prime Minister Narendra Modi on his visit to the Silicon Valley and were showcased at the first Indo-U.S. Startup Konnect in September 2015. Bolt IoT has been declared winner at DST – Lockheed Martin India Innovation Growth Program 2015. Bolt is an Internet of Things platform that enables you to build IoT products and projects. He built his first Internet of Things project, an Internet controlled robot in 2009 while studying for his engineering degree. This was developed when the term Internet of Things term was just being coined. He has been a strategic IoT consultants for enterprise clients like IBM, Intel, CISCO, BOSCH, TCS etc and has been invited to conduct training as well as speak at conferences across the globe on IoT in India, Australia, South Africa, United States of America and New Zealand.

Solving Problems with Internet of Things